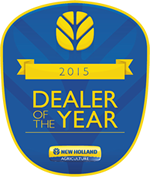 The original New Holland Machine Company was founded in 1895 in New Holland, Pennsylvania; it was acquired by Sperry Corporation in the 1970s, then by Ford Motor Company in 1986, and then by Fiat in 1991, becoming a full line producer. Since 1999, New Holland is a brand of CNH Global (NYSE: CNH), which is majority-owned by Fiat Industrial.

New Holland equipment is manufactured all around the world; the current administrative headquarters are in Turin, Italy, with New Holland, Pennsylvania serving as the headquarters for North America and home of the largest hay tools production facility in the world. With 18 plants spread globally, as well as six joint ventures in the Americas, Asia and Middle East, the corporation is present in 170 countries worldwide.[1]

The brand is also known to the wider public for being the Juventus F.C. main sponsor from 2007 to 2010. 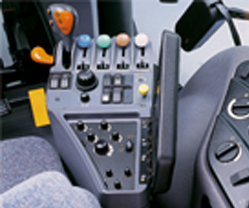